Stanley Cemetery sits on the southern side of Hong Kong Island and is maintained by the Commonwealth War Graves Commission (CWGC). The cemetery is not particularly large, but is immaculately maintained, as anyone familiar with the work of the CWGC would expect.  Its entrance is dominated by a Cross of Sacrifice which looms high above street entry level. 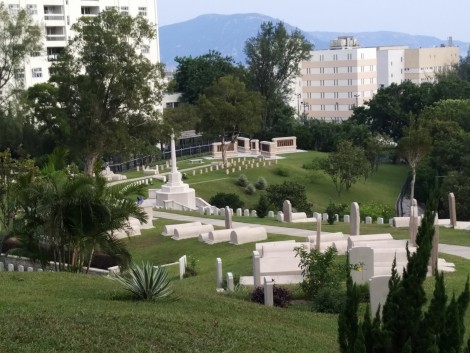 The Cemetery dates back to 1841 and the First Sino-British War, more commonly known as the OpiumWar. Burials ended in 1868 (the end of the Second Sino-Btitish War. They were resumed as a result of the First World War. 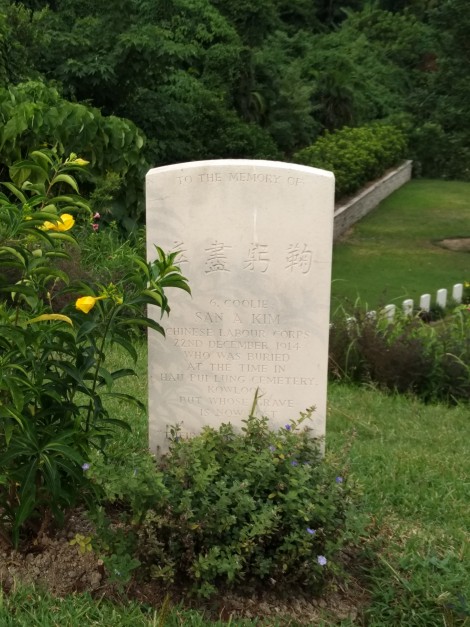 This is an interesting headstone for what appears to be a member of the Chinese Labour Corps, Mr San A Kim, who died, apparently, in 1914. The headstone notes that upon death, Mr San had been buried at the Hau Pui Lung Cemetery but his grave had been lost.  Hau Pui Lung Cemetery opened in 1913 and was closed in 1948; the area subsequently redeveloped.

We can state with confidence that Mr San A Kim was not a member of the Chinese Labour Coprs as his death occurred some two years before the Corps was established. 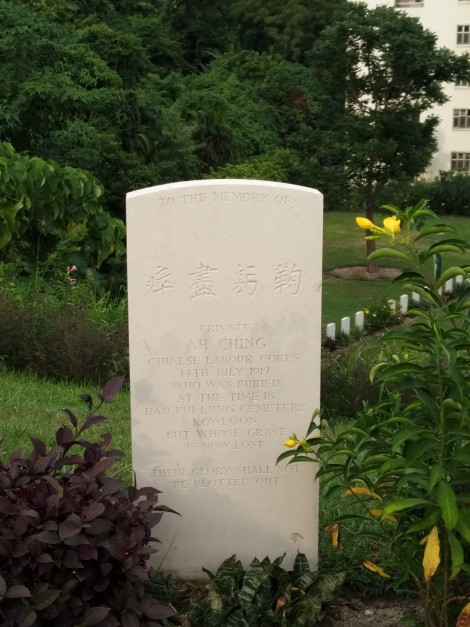 The operations of the CLC and the CPC were not linked in any way, they were similar only in that they involved the use of Chinese labourers to support Britain’s war effort.

If these men were not men of the Chinese Labour Corps, then who were they? We will report our findings.